OLVEAct For Change: a sport and solidarity challenge for the benefit of the SNSM association of Fécamp! 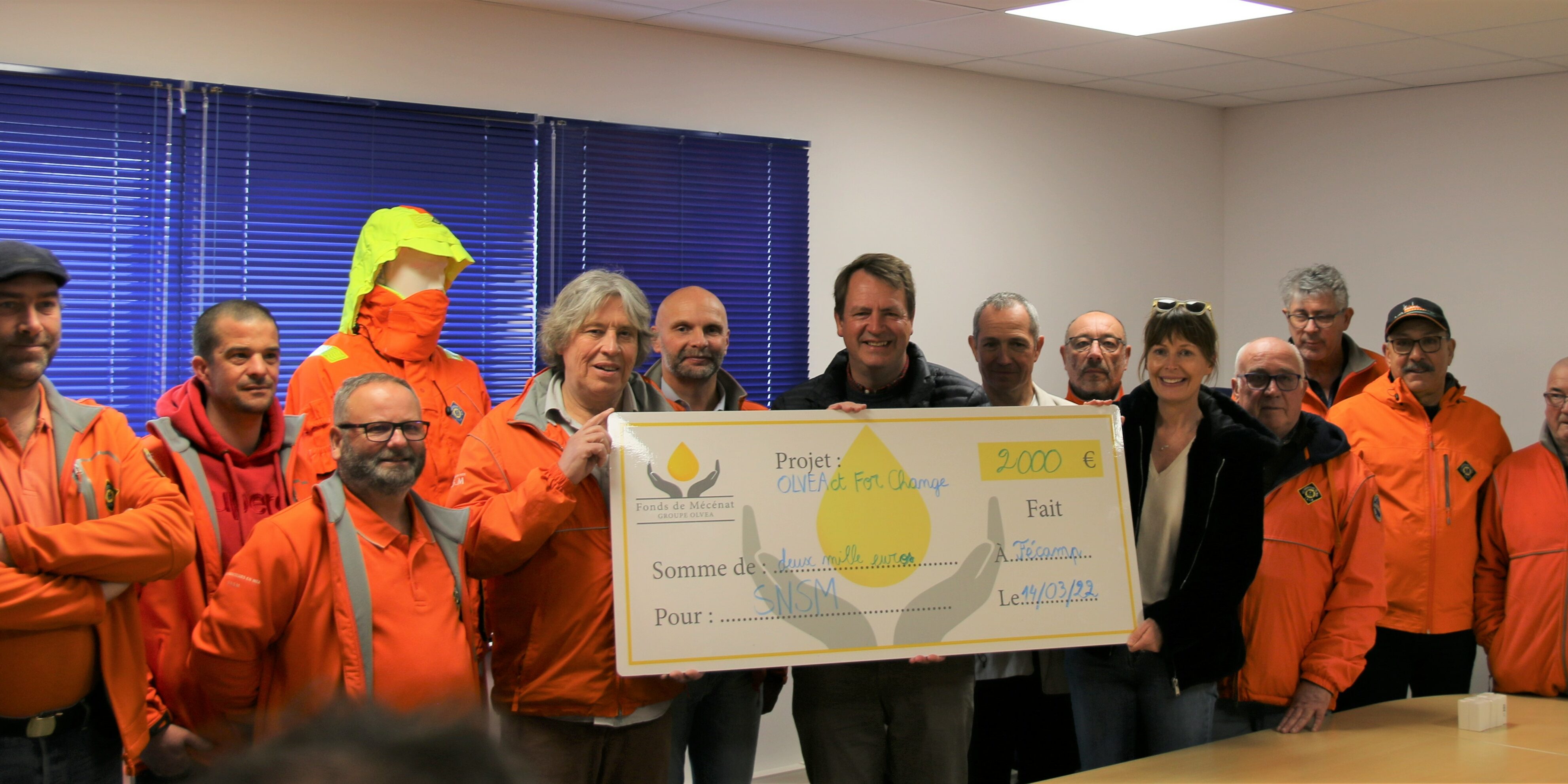 𝗢𝗟𝗩𝗘𝗔𝗰𝘁 𝗳𝗼𝗿 𝗖𝗵𝗮𝗻𝗴𝗲: a sport and solidarity challenge for the benefit of the SNSM association of Fécamp!

OLVEA Group involved its employees in the 𝗢𝗟𝗩𝗘𝗔𝗰𝘁 𝗳𝗼𝗿 𝗖𝗵𝗮𝗻𝗴𝗲 challenge during twelve weeks, in order to support the SNSM (Sea Rescue Organization) of Fécamp.

🤝 OLVEA’s Philanthropic Fund donated yesterday the raised funds during this challenge to the SNSM station of Fécamp represented by its President 𝗥𝗲́𝗻𝗮𝗹𝗱 𝗚𝗼𝘂𝗽𝗶𝗹.

The project? Every kilometer run, walked or cycled was transformed into a donation.

🌊  « The Sea Rescue Team is volunteer but their equipment has a cost! This donation contributes to the 𝗿𝗲𝗽𝗹𝗮𝗰𝗲𝗺𝗲𝗻𝘁 𝗼𝗳 𝘀𝗲𝗮 𝗷𝗮𝗰𝗸𝗲𝘁𝘀, the equipment that is most severely damaged during missions. The OLVEA Group is set up in Saint Léonard, near Fécamp and we are pleased to support this association at 𝗮 𝗹𝗼𝗰𝗮𝗹 𝘀𝗰𝗮𝗹𝗲. » explains Stéphanie Michaut-Daudruy, president of the OLVEA’s Philanthropic Fund.