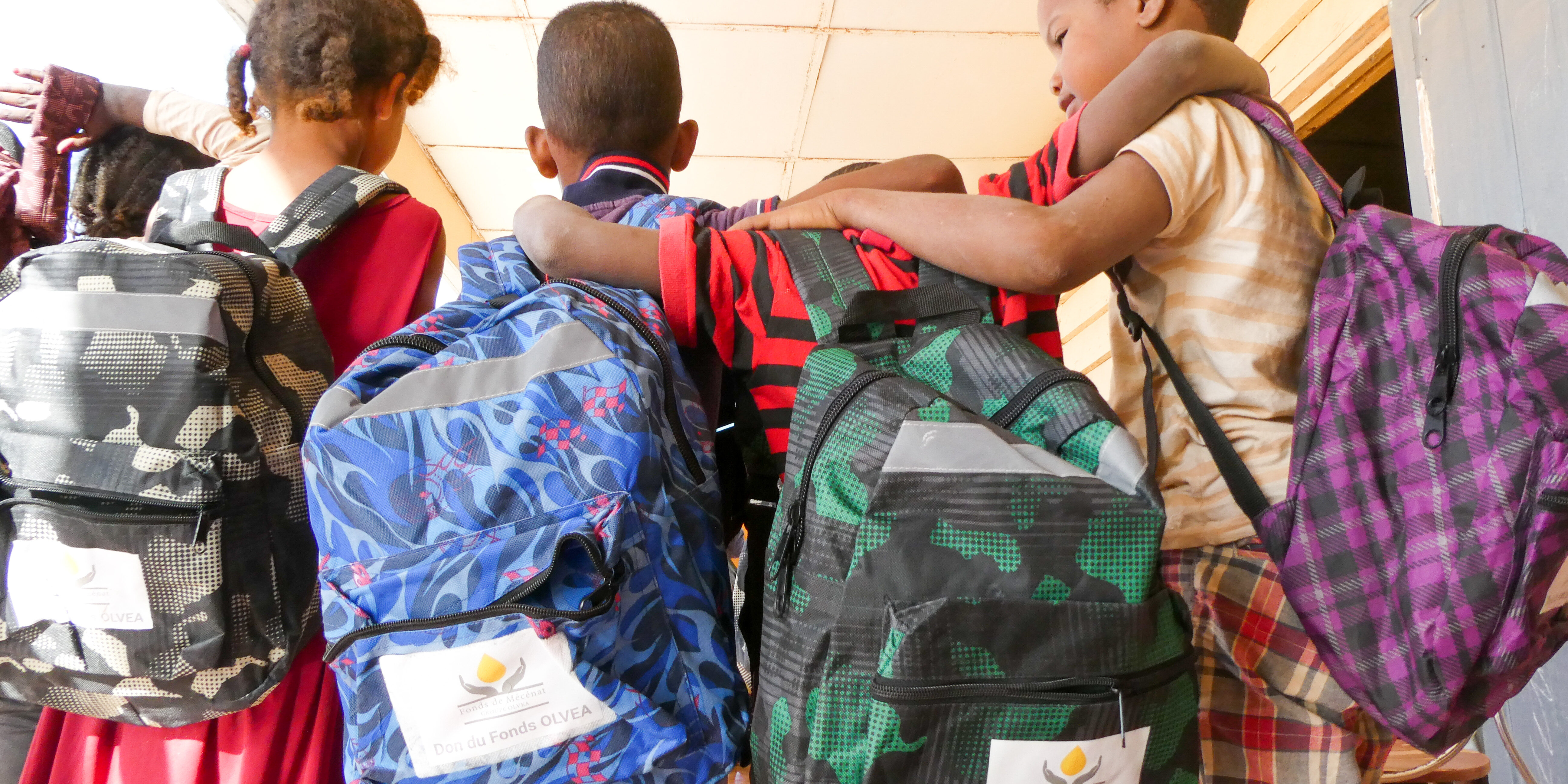 In 1989, the International Convention on the Rights of the Child was adopted unanimously by the General Assembly of United Nations. It aims to stand up for children’s rights and help them achieve their potential… 𝐖𝐨𝐫𝐥𝐝 𝐂𝐡𝐢𝐥𝐝𝐫𝐞𝐧’𝐬 𝐃𝐚𝐲 𝐫𝐞𝐦𝐢𝐧𝐝𝐬 𝐭𝐡𝐞 𝐰𝐨𝐫𝐥𝐝 𝐨𝐟 𝐭𝐡𝐢𝐬 𝐩𝐫𝐨𝐦𝐢𝐬𝐞!

In Mauritania, the lack of schooling equipment is one of the main difficulties encountered by children to access education.

The charity MauritaVie provided 800 school bags and supplies for the pupils of Nouadhibou schools (Mauritania). Created in 2020 and financed by OLVEA, this non-profit organization is committed to local and sustainable development.

In addition to supporting vulnerable families, this contribution encourages children’s schooling and the fight school dropout.

It’s estimated that 45% of Mauritanian school-aged children are out-of-school, which represents more than 450,000 children.